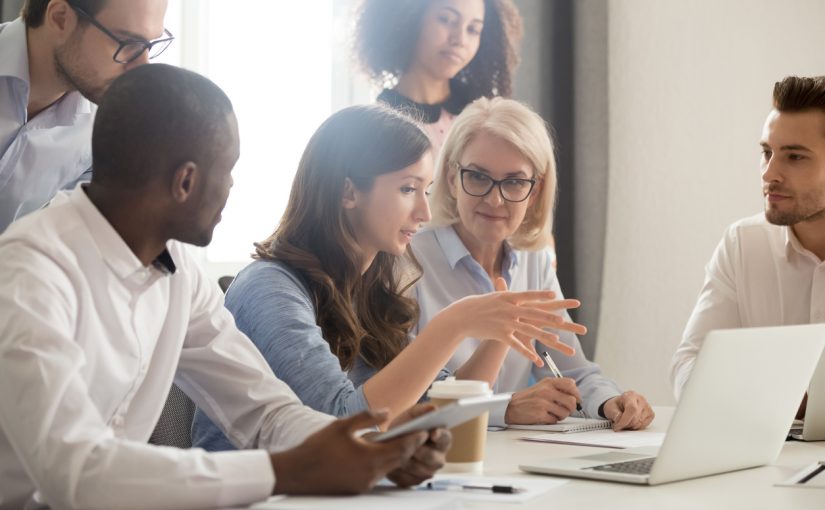 Classifying workers as either employees or independent contractors (ICs) can have a profound impact on a business's tax obligations—and not just from a withholding standpoint. Remote employees can have a vastly different impact than ICs on nexus considerations for sales tax as well as corporate income tax. The IRS provides an ABC Test for categorizing workers, but states have not always followed suit, choosing instead to implement some enhanced variation. Following an April 2018 Supreme Court ruling, California adopted Assembly Bill 5 (AB5), a three-pronged ABC Test that became effective January 1, 2020. This article will briefly discuss the ABC Test and the controversy surrounding California's decision to implement AB5.

A Brief Overview
The IRS has had a longstanding test for deciding when a worker crosses the line from an IC to an employee. The 20-factor ABC Test can be found referenced in more than 20 years of cases and rulings. Classification is based on the financial and behavioral controls on the worker and the relationship between the worker and employer. When a worker is properly categorized for federal tax purposes as an employee, the employer has an obligation to withhold income tax, Social Security and Medicare taxes. California joined more than half of U.S. states when it implemented AB5, its form of the ABC Test.

The ABC Test considers three main elements in the IRS's 20-factor determination, all of which must be met in order to properly classify the worker as an IC:

While the three main elements remain in play in all state versions of the test, no two states’ tests are the same. Nor does every state that has adopted the ABC Test apply it for every purpose. In some states the test is used solely for matters relating to workers compensation or unemployment insurance; in others the test is applied solely to a withholding tax determination.

AB5
The controversy surrounding California’s adoption of the ABC Test is nothing new. When New Jersey adopted the test back in 2015 the protests were just as noisy. The difference is that California is such a large state with a large concentration of “gig” workers in the arts and entertainment industries and as Uber, Lyft and DoorDash drivers. AB5 broadens the ABC Test California had been using and is projected to cause several million workers to be reclassified as employees.

Most notably, AB5 modifies the key elements of the ABC Test by classifying a worker as an IC only if:

While these elements appear similar to the typical ABC Test, California’s decision to modify the language of element “B” means that it does not matter where the worker works, all that matters is the type of work they are performing. In other states under the ABC Test, element “B” typically means that as long as the worker's services are considered outside the usual course of the employer's business or the work is performed outside all of the employer's places of business, the worker would not be considered an employee. This would allow workers in other states to pass element “B” by simply working outside of the employer’s company premises.

California has not yet determined how broadly or narrowly the “usual course of business” language will be defined. If a worker is re-classified as an employee under AB5, employers will have to reconsider their workers' compensation, unemployment insurance, and social security tax compliance, as well as other wage-related issues, including overtime and meal and rest periods.

While many gig workers may now fail classification as ICs under elements “B” and “C” of AB5, California has provided numerous exceptions to the test allowing many licensed professionals such as engineers, lawyers, doctors and accountants to apply the historically used tests under Borello, an 1989 case that California has historically used in making worker classifications under a “right to control” test. AB5 also exempts any “bona fide business-to-business contracting relationship” where a partnership, single member LLC or other business entity contracts with and provides services to another business. The exception has criteria that must be met to avoid application of AB5, including the agreement being in writing and the service provider being customarily engaged in independent work of that nature and able to negotiate its own rates.

Controversy
The reason AB5 has attracted so much attention is not because it is a unique bill or a unique test for worker classification. California is merely falling in line with over half of the other U.S. states in applying a local version of the ABC Test. The restrictions imposed by California in its version arguably harm gig workers, and many freelance writers, journalists, and Uber, Doordash, Postmates and Lyft service providers contend the bill will limit their access to work and produce income.

Writers and photographers filed suit over the bill in December 2019, stating that the language of AB5 was unconstitutionally restrictive against free speech and the media. The specific language at issue is the carve out that states freelance writers, editors, newspaper cartoonists, photographers and photojournalists are exempted from the new test as long as they do not provide content submissions to their employer more than 35 times a year, a standard the suit argues is “irrational and arbitrary.” The author of AB5 has taken note of these concerns and has been meeting with freelance journalists and photographers in the hopes they can more clearly and effectively define the exception through amendments to the bill. While changes may come, the effects are already being felt. In December, sports website SB Nation, owned by Vox Media, terminated contracts with hundreds of freelancers in light of the coming January 1, 2020 effective date.

Freelance writers and photographers aren’t the only ones taking issue with AB5. Uber and Postmates filed a lawsuit in federal court challenging AB5. Additionally, the trucking industry has taken issue with the bill as many are concerned that most trucking companies using owner-operator drivers within the state would have to reclassify the drivers as employees. In early January of this year, Judge William Highberger ruled that owner-operator truck drivers should not be reclassified due to a 1994 federal law regulating interstate commerce that speaks to the use of owner-operators as independent contractors. Though many believe his decision will be overturned on appeal, it reflects the contentious environment surrounding AB5.

There is no clear solution in sight for California. Still, the ABC Test has been implemented across the United States for years, and it is paramount for employers to consider not only federal but state worker classification regulations as they conduct business across state lines.

About the Author(s)
Cassandra Baubie is a Senior Associate at HBK CPAs & Consultants and is a member of its Tax Advisory Group (TAG). Cassandra joined HBK in 2017. She works in the firm’s Youngstown, Ohio office. She has experience in tax law research and writing. Prior to joining HBK, she worked for Jurist.org, a global legal news organization, and was a member of the University of Pittsburgh Tax Law Review Journal. Cassandra also worked for the University of Pittsburgh School of Law’s Low-Income Tax Clinic where she performed IRS litigation and Tax Court work and provided compliance work for low income individuals and businesses. Cassandra focuses on issues pertaining to State and Local Taxation (SALT), as well as flow through entity taxation. She has been involved in numerous sales and use tax, franchise tax, and corporate income tax audits, VDA’s, and refund requests. She focuses on complex sales and use tax compliance planning, nexus studies and on-site review and training for all SALT related issues, and has managed various engagements as the in-charge team member and has significant experience in multi-state tax issues.
Hill, Barth & King LLC has prepared this material for informational purposes only. Any tax advice contained in this communication (including any attachments) is not intended or written to be used, and cannot be used, for the purpose of (i) avoiding penalties under the Internal Revenue Code or under any state or local tax law or (ii) promoting, marketing or recommending to another party any transaction or matter addressed herein. Please do not hesitate to contact us if you have any questions regarding the matter.