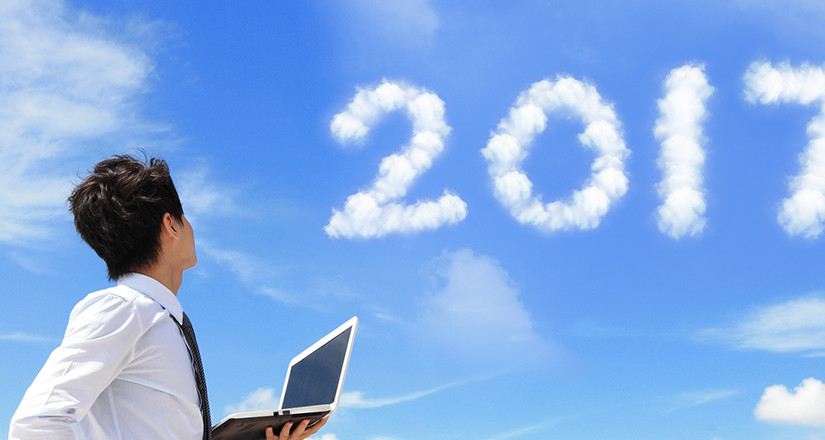 YOUNGSTOWN, OHIO – It’s early spring and that means it’s tax time in America, once again. Or, as it’s sometimes called in the accounting industry, “Intern Season.” Every year, firms throughout the U.S. scout and place thousands of top accounting students in internship positions. This gives them valuable real-world experience during the traditionally busiest time of the tax year. The custom also alleviates many base-level tasks accountants must perform at a time when productivity is at its peak; so the experience is mutually beneficial for firms and the college students they temporarily hire. HBK CPAs & Consultants (HBK) is certainly no exception to the rule. This year, 45 interns have been placed in HBK’s 14 offices in Florida, New Jersey, Ohio and Pennsylvania. HBK has been hiring seasonal interns since 1995. Linda Evans, Chief Human Resources Officer, has directed the internship recruitment process since then from the firm’s Youngstown, Ohio office. In each region of service, HBK professionals attend recruitment fairs and sponsor open-house sessions for students who have taken at least one basic accounting or tax course and who maintain a GPA of 3.0 or higher. College juniors and seniors are given greater consideration for placement. The interns usually start at the beginning of the calendar year and work through the end of April. This year, the academic range for HBK interns begins with undergraduate sophomores and extends to recent graduates, including some who are pursuing Masters degrees. While HBK intends to add more colleges and universities to its intern pool, the firm typically recruits interns from: Youngstown State University (YSU), Walsh University, the University of Mount Union and The Ohio State University in Ohio; Rider University in New Jersey; and Florida Gulf Coast University (FGCU), and Ave Maria University in Florida. Barry Holes, CPA, is the Principal-in-Charge of HBK’s southwest Florida region, which includes Naples and Fort Myers. He says the firm recently invested in a scholarship program with the FGCU Foundation. “We understand the importance of identifying and training tomorrow’s top accountants at these early stages. Hiring the right interns is crucial to our staffing patterns since a high percentage of students who serve internships with our firm are asked back in subsequent seasons and many are eventually hired as accountants,” says Holes. The tactic of partnering with colleges and universities through sponsoring scholarships and physically recruiting candidates is one not exclusive to southwest Florida, but is also employed by the other HBK sites. David Blasko, CPA, is the Principal-in-Charge of the Northeast Ohio region of HBK, which includes Youngstown and Alliance. He says the corporate office has a longstanding and active relationship with YSU; one which has led to hiring dozens of young accountants over the past several years. The HBK/YSU partnership has been driven by Youngstown Principal James Dascenzo, CPA, for more than two decades. “We look not only for students who excel academically but also those who show an aptitude for communication and social skills,” says Dascenzo, noting that the Youngstown office typically hires the largest single group of HBK interns each year. Holes agrees that the ideal candidate is the right mix of ability and attitude. “We want the right balance between technical skill and marketing capabilities; someone well-rounded with the drive to succeed and perform at a high level yet who relates well with colleagues, clients and prospective clients.” HBK is hoping that’s what they’ve found in these students who are currently serving as interns in the following office locations: Ohio: Tessa Monter in Alliance; Erika Watts, Emily Stipkovich, and Cheryl Six in Columbus; Victoria Lehn, Brandon Pluchinsky, Kelly McHenry, Amanda Macinga, Jacob Jeswald, Dante Spurio, Briana Scott, Kenneth Toth, Mary O'Donnell, and Kyle Kroynovich in Youngstown. Pennsylvania: Tyler Zubyk and Bridget Fay in Blue Bell; Christopher Martone, Dina Burdak, Darrin Donikowski, and Edward Fedchik in Erie; Jordan Roush and Sarah Schafer in Hermitage; Trevor Martin, Joscelyn Park, Kirsten Everett, and Nickolas Dickson in Meadville; Patrick Sayers, Amelia Mateer, and Katherine Kohnen in Pittsburgh. New Jersey: Matthew Gliddon and Mario Incollingo in Cherry Hill; Cory Fowler, Nickolas Elliott, Jessica Ramsin, and Emily Vasquez in Princeton. Florida: Mark Arnone and Carlos Ospina in Fort Myers; Rebecca Vanek, Zachary Milos-Scovronek, Patricia Conley, and Christina Gedra in Naples; Christopher Jensen, Ian Hambric, and Joanne Smith in Stuart. Established in 1949, HBK CPA & Consultants (HBK) offers the collective intelligence of hundreds of professionals in a wide range of tax, accounting, audit, business advisory, valuation, financial planning, wealth management and support services from offices in Pennsylvania, Ohio, New Jersey and Florida. HBK combines the technical resources and expertise of a large national accounting and professional consulting firm with the personalized attention of a local company. The firm is ranked in both Accounting Today and Inside Public Accounting magazines’ Top 100, and supports clients globally as a member of BDO Alliance USA.
About the Author(s)
Patty has worked in communications, marketing, and public relations for about 12 years. Additionally, she has served as a freelance print reporter and weekly newspaper columnist since 1995. Patricia has a Bachelor of Arts degree in Speech Communication and a Masters Certificate in Public Writing and Editing from Youngstown State University. She is a blogger and avid volunteer for both the American Heart Association and Salvation Army. Patricia is very involved with the charitable and community initiatives driven through her home parish of St. Christine Catholic Church. She makes her home in Boardman, Ohio with her husband Kerry and their son Kyle.
Hill, Barth & King LLC has prepared this material for informational purposes only. Any tax advice contained in this communication (including any attachments) is not intended or written to be used, and cannot be used, for the purpose of (i) avoiding penalties under the Internal Revenue Code or under any state or local tax law or (ii) promoting, marketing or recommending to another party any transaction or matter addressed herein. Please do not hesitate to contact us if you have any questions regarding the matter.