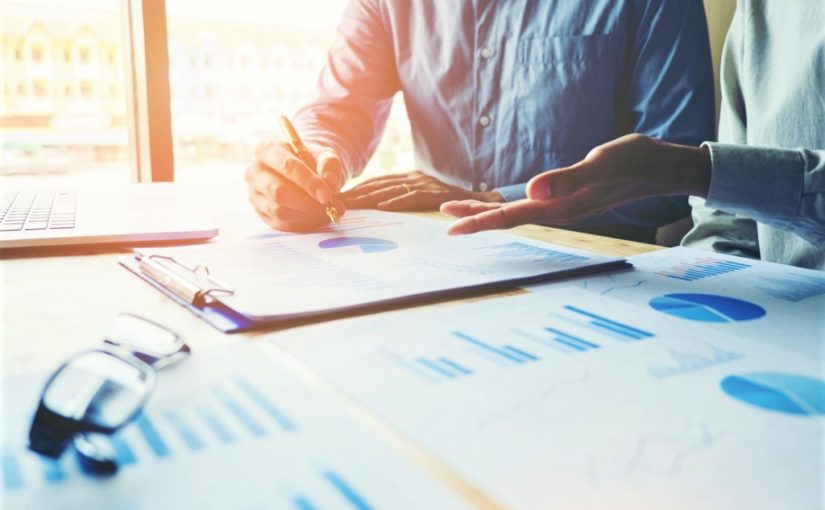 The Tax Cuts and Jobs Act (“TCJA”) created an investment vehicle for taxpayers through use of Qualified Opportunity Funds (“QO Fund”), which allows investors to:
• Defer capital gains
• Potentially reduce the amount of gain recognized through a basis adjustment if holding requirements are met
• Potentially permanently exclude the gain on appreciation for interests in a QO Fund

These provisions are set forth in new Internal Revenue Code Sections §1400Z-1 and §1400Z-2, and are intended to provide incentives for taxpayers to invest in low-income areas or “zones.” For additional reference, please see the IRS FAQs link. The following provides an analysis and examples of howthe QO Funds could work.

ANALYSIS
Designation of a QO Zone:
Under the Tax Cuts and Jobs Act, a state’s chief executive officer (generally a governor or the mayor of the District of Columbia) can designate certain census tracts that are low-income communities as Qualified Opportunity Zones. The state’s CEO had 90 days (plus another 30 days under an extension) after December 22, 2017, to nominate a tract by notifying the IRS in writing of the nomination. The IRS had 30 days (plus another 30 days under an extension) to certify the nomination and designate the tract as a QO Zone. Thus, designations had to occur before June 21, 2018, and those that were designated will remain in effect for 10 calendar years. Census tracts in Puerto Rico that are low-income communities are considered certified and designated as QO Zones effective on December 22, 2017.

LIST OF DESIGNATED QUALIFIED OPPORTUNITY ZONES PROVIDED VIA IRS WEBSITE
The spreadsheet located at https://www.cdfifund.gov/Pages/OpportunityZones.aspx was updated June 14,2018, to reflect the final QO Zone designations for all states.

What are QO Funds:
A QO Fund is an investment vehicle organized as a corporation or a partnership for investing in a QO Zone. A QO Fund cannot invest in another QO Fund, and each QO Fund has to hold at least 90% of its assets in QO Zone property (i.e., any QO Zone stock, any QO Zone partnership interest, and any QO Zone business property). A QO Zone property has to meet many requirements, including that substantially all of the entity’s business property is used in a QO Zone. A penalty will apply to the QO Fund if it fails to meet the 90% requirement.

The taxpayer defers the gain until the later of the date:
• On which the QO Fund is sold or exchanged, or
• December 31, 2026

At that time, the taxpayer includes the lesser of:
• Amount of gain deferred or,
• Fair market value (FMV) of the QO Fund minus the taxpayer’s basis in the interest.

Permanent gain exclusion election:
Taxpayers are permitted to make an election that would allow for the exclusion of any post-acquisition capital gains on an investment in a QO Fund if the investment in the QO Fund has been held for 10 years.

Taxpayers who made the temporary deferral election have to recognize any deferred gain on December 31, 2026 (unless a sale or exchange causes the period to end before December 31, 2026). The end of the deferral period, -December 31, 2026 will occur before any taxpayer could have held their investment for ten years, the permanent exclusion election will not protect a taxpayer from recognizing any deferred gain. Thus, if the taxpayer holds their investment for 10 years, the permanent exclusion election presumably will only exclude the gain in excess of the deferred gain (that has already been recognized). The following flow chart illustrates an example scenario and timeline of how the deferral opportunity works. 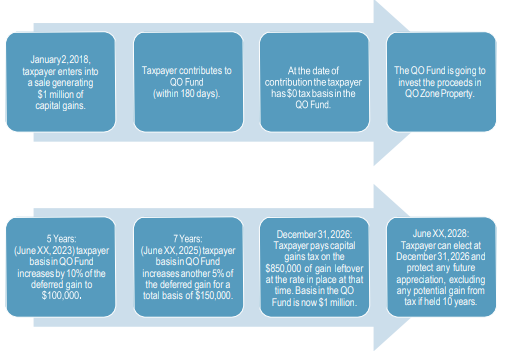 For access to the related FAQs, please read the full article here.

For more information, please contact a member of the Tax Advisory Group.

About the Author(s)
Nick is a Principal in the Youngstown, Ohio office of HBK CPAs & Consultants. He is a member of the HBK Tax Advisory Group and has experience with individual, partnerships and corporate tax compliance and research issues. Nick is also involved in evaluating and assisting with tax software implementation and administration. He is involved in internal staff training and is active in firm sponsored continuing education efforts. Nick provides support to the entire firm regarding federal, state and local tax issues.
Hill, Barth & King LLC has prepared this material for informational purposes only. Any tax advice contained in this communication (including any attachments) is not intended or written to be used, and cannot be used, for the purpose of (i) avoiding penalties under the Internal Revenue Code or under any state or local tax law or (ii) promoting, marketing or recommending to another party any transaction or matter addressed herein. Please do not hesitate to contact us if you have any questions regarding the matter.