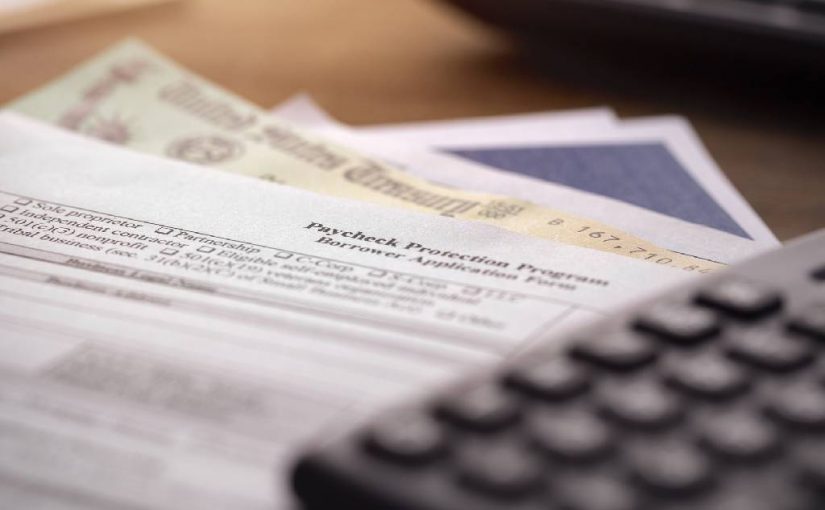 The Paycheck Protection Program (PPP), was created as part of the Coronavirus Aid, Relief, and Economic Security (CARES) Act and authorized loans to qualifying businesses affected by the COVID-19 pandemic. Businesses are permitted to use their PPP loans for certain qualified business expenses and are afforded partial or total forgiveness up to these amounts, so long as the other PPP Loan provisions are met. Specifically, CARES Act Section 1106(i) explicitly excludes the forgiveness of PPP loans from gross income on a federal level. The Consolidated Appropriations Act, 2021 goes on further to state that deductions shall not be denied, meaning that expenses paid with forgiven loan proceeds are tax-deductible for federal income tax purposes.

For the states, however, there is not an automatic adaptation of this provision depending on how that state has chosen to adopt the Internal Revenue Code (“IRC”). To fully conform with the nontaxable PPP Loan Forgiveness, a state must adopt the most current IRC as well as conform to the CARES Act provisions. States typically fall into several buckets of conformity: rolling conformity, static conformity, or selective conformity.

Twenty-one states and the District of Columbia are states that implement rolling conformity, meaning they automatically have conformed to the CARES Act and all subsequent IRC provisions, adopting the most up to date version. Taxpayers with forgiven PPP loans in those jurisdictions will most likely exclude the forgiven loan proceeds from taxable income at the federal and state-level unless the state has specifically adopted their own provision creating an add-back for PPP forgiveness or other income adjustments. It is important to note that while the CARES Act modified what is included in gross income, i.e., forgiven PPP loans proceeds, there is no specific IRC provision that was created, which means of the nineteen states that follow static conformity, those state lawmakers must vote to change their state’s conformity date to include the CARES Act.

States Impacting Many of our Clients:

Many of our clients are concentrated in Ohio, New Jersey, Florida and Pennsylvania, and each of these states has differing conformity issues. The following provides a state-by-state breakdown of the current status of PPP Loan forgiveness as it relates to state income tax.

The state of Ohio has affirmatively stated that for CAT purposes PPP forgiveness will not be subject to taxation, which was a critical addition to the law as the Ohio CAT calculation typically includes debt forgiveness. However, it should be noted that the Ohio Department of Taxation has recently issued guidance that this relief does not extend to Economic Injury Disaster Loan (EIDL) advance grants and other county-issued relief grants.

For income tax purposes, the state of Ohio has conformed with the most up to date IRC as well as the CARES Act. While the state of Ohio has not affirmatively stated whether or not they will have any specific modifications relating to PPP, it can be assumed that Ohio will follow the federal code for income tax purposes unless another guidance is released.

On February 9, 2021, New Jersey Governor Phil Murphy and State Treasurer Elizabeth Maher Muoio announced that New Jersey will follow the federal treatment and that PPP loan forgiveness will be tax exempt at the state level. In addition, the related business expenses that were paid with the loan proceeds will be deductible.

They have stated “New Jersey can follow the federal government’s treatment without enabling legislation under existing authority.” Therefore, related expenses paid for with PPP loans will be deductible for both Gross Income Tax (“GIT”) and Corporation Business Tax (“CBT”) purposes and forgiven loans will be excluded from being subject to either tax.

In Pennsylvania, PPP forgiveness is exempt for sole proprietors, partnerships, and S Corporations under Act 1 of 2021. The Act also states that the related expenses are deductible in calculating taxable income. Pennsylvania C Corporations follow federal rules.

The state of New York has recently announced its intent to conform to the federal rules against taxing PPP loan forgiveness. At this time New York has not formally confirmed, and we will be awaiting additional information from the state.

Florida will follow the federal rules for C Corporations.

Florida does not have an income tax for individuals.

Suzanne P. Leighton, CPA, MST
Sue is a Senior Manager in the Pittsburgh, Pennsylvania office of HBK. She began her career in 1990 spending 14 years in public accounting followed by 14 years in government. Sue has extensive experience in state taxation and pass through entities. While working at the PA Department of Revenue, she was the Director of the Pass-Through Business Office for 11 years prior to being promoted to Deputy Secretary for Compliance and Collections. She is a member of the HBK’s Tax Advisory Group.

Cassandra Baubie, JD
Cassandra Baubie is an Associate at HBK CPAs & Consultants and is a member of its Tax Advisory Group (TAG). Cassandra joined HBK in 2017. She works in the firm’s Youngstown, Ohio office. She has experience in tax law research and writing. Prior to joining HBK, she worked for Jurist.org, a global legal news organization, and was a member of the University of Pittsburgh Tax Law Review Journal. Cassandra also worked for the University of Pittsburgh School of Law’s Low-Income Tax Clinic where she performed IRS litigation and Tax Court work and provided compliance work for low income individuals and businesses. Cassandra focuses on issues pertaining to State and Local Taxation (SALT), as well as flow through entity taxation. She has been involved in numerous sales and use tax, franchise tax, and corporate income tax audits, VDA’s, and refund requests. She focuses on complex sales and use tax compliance planning, nexus studies and on-site review and training for all SALT related issues, and has managed various engagements as the in-charge team member and has significant experience in multi-state tax issues.