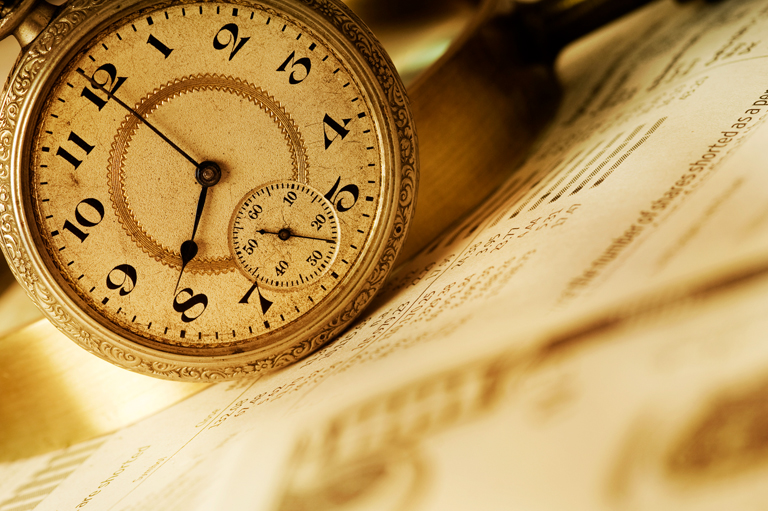 “The investor’s chief problem – and even his worst enemy – is likely to be himself.”
— Benjamin Graham, Economist and Author The Intelligent Investor

When the market goes up, we want in; when it goes down, we want out. It’s called behavioral bias, or in the case of the markets, behavioral finance. More specifically, it is an emotional bias, a distortion in decision-making due to emotional factors.

You’ve probably been on an airplane when it encounters turbulence. Your inadvertent reaction is to be frightened, even though you believe, cognitively, that the pilot will manage the aircraft through the turbulence. No matter how many times you encounter turbulence, your reaction is the same: fear and an eagerness for it to be over.

Our reactions to the markets can work the same way. We feel the turbulence of a volatile equities market. These are deep down responses that are natural and automatic. They are produced by our limbic system, which controls our instinctive, reactive impulsive behavior. But emotional bias often makes for bad decisions, including the decisions we make during volatile markets.

There are cognitive biases as well that lead to mistakes in reasoning, evaluating, remembering, or other cognitive process, often occurring as a result of holding onto a preference or belief regardless of contrary information.

When it comes to investing, we can be subject to one bias or the other, perhaps both. As human beings we are not wired to be successful investors.

Consider recent market corrections. When Great Britain voted to leave the European Union, Brexit, in June 2016, equities markets fell 5.3 percent, an example of emotional bias. The 2016 U.S. presidential election was accompanied by a loss of 4.1 percent, a reflection of emotional and cognitive bias. Maybe your political stance disagreed with a particular outcome causing us to act emotionally. An inflation scare in February 2018 and the resulting emotional bias resulted in a decline of 10.2 percent. And the emotional bias associated with international tariffs announced in April 2018 led to a decline of 7.1 percent. No one knows at these points what the full economic impact will be, good bad or indifferent. But we react nonetheless, even though all these events and associated reactions countered what had been steadily rising equities markets.

All humans have biases. The more emotional our biases the harder they are to mitigate. Our emotional bias tells us to get out of the market upon these events, to try to time the market. But, “Time in the market is more important than timing the market,” according to the Schwab Center for Financial Research. Being in the market for its best days is key to growing your portfolio. (See chart) 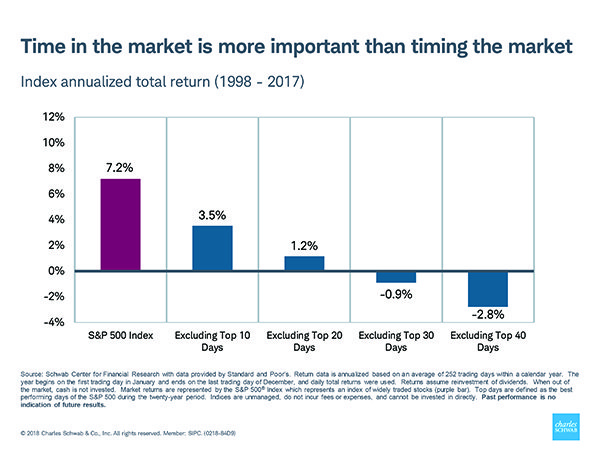 We cannot for see the exact time these corrections/down days occur. We are invested for those significant positive market days, and not to miss them. History shows those significantly positive market days do come, and often times in the midst of volatile markets. If you’re out of the market for its best days, it will be the difference between substantial profits and a loss. That puts a premium on not overreacting to market volatility.

Market corrections are normal. We’re in the market for the up days, those big positive days that drive returns. We’re investing for the best days and often they come after the worst days, those days that make people want to get out of the market. There is a premium paid in investing not to react. Over time we can earn more by being in for those days and they will happen. They will drive long-term value. We want to stay invested despite a lot of negative news these days, sticking with our financial plans that have been carefully thought out. We don’t want that to scare us away from the best days to come.