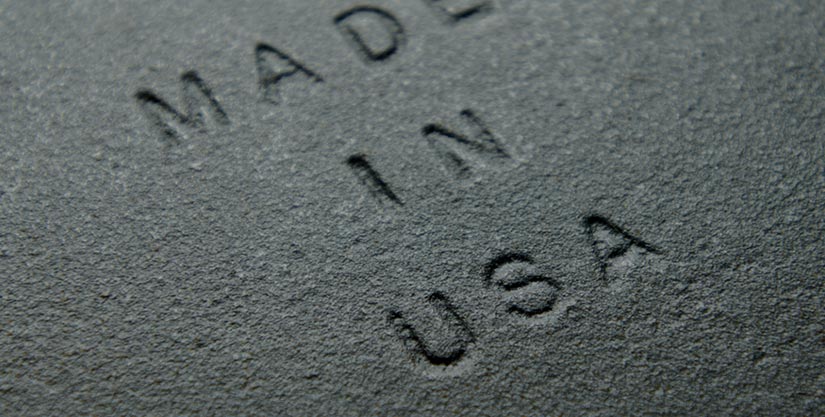 More consumers are looking for American-made products -- and businesses are paying attention, according to recent reports. Some manufacturers are once again making products here and they want their advertising and packaging to reflect it. Yet federal regulations ensure that a company has to do a lot more than simply put an American flag on a package to attract consumers. "Made in the USA" can be a good sales pitch but it's one that many companies can't legally make unless they comply with strict Federal Trade Commission (FTC) standards. Basically, if a company wants to claim a product is American made, final assembly must take place here and the majority of total manufacturing costs must be spent on American parts and processing. If a manufacturer crosses the line, the FTC may step in. For example, in one recent complaint, the FTC alleged that a marketer of outdoor accessories "violated the Federal Trade Commission Act by making false and unsupported statements that its products were all or virtually all made in the United States." The Utah-based company, E.K. Ekcessories, Inc., sells a variety of merchandise online through its website including items to use with iPhones, dog collars and outdoor products. According to the FTC, it claimed: "For 28 years E.K. Ekcessories has been producing superior quality made accessories in our 60,000 sq. ft. facility in Logan, Utah" and "Our source of pride and satisfaction abounds from a true 'Made in USA' product." However, the FTC alleged, "the company imports many of its products and components" and distributed deceptive promotional materials about its products to third-party retailers such as Amazon and REI. The company recently settled the case, according to the FTC, by agreeing not to claim that any product is made in the USA unless all, or virtually all, of it is made here. The company is also prohibited from making misleading claims about a product's country of origin and providing deceptive promotional material. The moral of the case for businesses, according to the FTC is two-fold: Laws require that automobiles, textiles, wool and fur products disclose where they were assembled. But there is no legislation forcing manufacturers of other products to reveal the amount of U.S. content their products contain. The FTC allows qualified claims when a product is actually made in several countries. For example, a company can spell out clearly just how much of its product is made in the U.S.--or the percentage of the content that is American made. And manufacturers can use qualified phrases such as an appliance that is "assembled in the USA from imported parts," or a pillow that is "made in China, filled in the USA." Implied Claims Labeling standards are complex for manufacturers, as well as consumers. For example, a made-in-the-USA claim can be implied. For example, images of an American Flag or an outline of a U.S. map may convey domestic origin. The same may be true of a company ad in which a manager describes the "true American quality" of products that come from its factories. The issue is important because of the growing appetite for products made in America. Many shoppers who want to buy American take into account factors including: It's no easy task for consumers to buy American. Globalization has blurred the lines about where exactly goods are made. In some product lines, there is virtually nothing made here. And the cost of made-in-the-USA products might be higher. Even if you insist on buying products made by fellow citizens, it doesn't necessarily mean that scores of workers will suddenly get jobs. Today's American manufacturers are different from the assembly line factories of the past. They often involve cutting-edge technology, which means fewer workers with top-notch skills. But a growing number of people are voting with their wallets after carefully turning over products and looking for labels that read "made in the USA." Established in 1949, HBK CPAs & Consultants (HBK) offers the collective intelligence of  hundreds of professionals in a wide range of tax, accounting, audit, business advisory, valuation, financial planning, wealth management and support services from offices in Pennsylvania, Ohio, New Jersey, and Florida. HBK professionals deliver industry-specific expertise in manufacturing; healthcare (including long-term care); real estate and construction; automotive dealerships and not-for-profit organizations. HBK combines the technical resources and expertise of a large national accounting and professional consulting firm with the personalized attention of a local company.
About the Author(s)
Melissa is a Principal in the Youngstown, Ohio office of HBK CPAs & Consultants. She began her public accounting career in 1997 with HBK. Melissa has extensive experience in assurance, tax and consulting services. In addition, she has experience in preparing financial statements using International Financial Reporting Standards. She serves a wide variety of industries and specializes in manufacturing, transportation and non-profit entities.
Hill, Barth & King LLC has prepared this material for informational purposes only. Any tax advice contained in this communication (including any attachments) is not intended or written to be used, and cannot be used, for the purpose of (i) avoiding penalties under the Internal Revenue Code or under any state or local tax law or (ii) promoting, marketing or recommending to another party any transaction or matter addressed herein. Please do not hesitate to contact us if you have any questions regarding the matter.