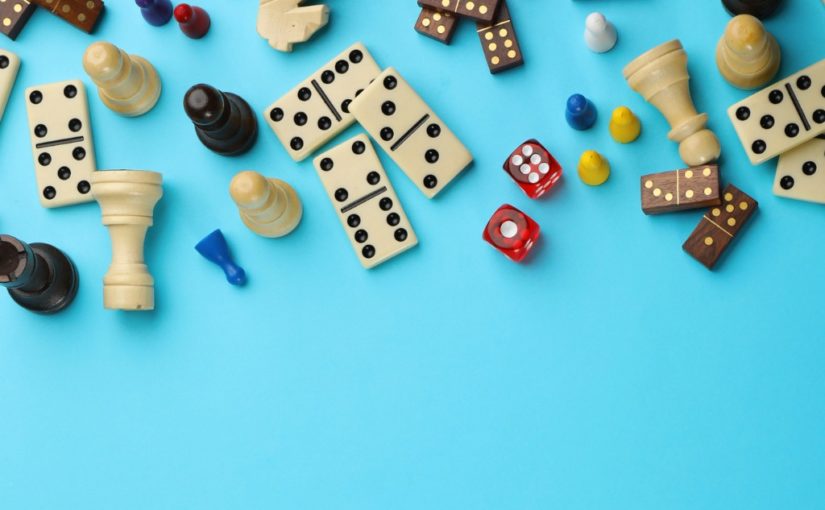 As activity in the board game industry continues its fast pace, developers seeing their sales figures grow face new and different kinds of challenges. One of those is keeping up with sales and use taxes in the various states where they do business. Relatively new laws about reporting and paying sales taxes, even when a developer has no physical presence in a state and even for online sales, must be adhered to and accounted for to avoid a severe negative impact on profitability.

Virtually all states now have so-called “nexus” laws that require sellers of products across state lines to collect, report, and pay taxes on their sales. The regulations can be particularly cumbersome and annoying to board game developers whose profitability is based on volume sales of relatively low-priced products. Most states apply nexus thresholds based on annual sales in dollars, or, what is more likely to burden board game developers, a number of transactions.

In 2018, in South Dakota vs. Wayfair (“Wayfair”), the U.S. Supreme Court denied a challenge to South Dakota’s law requiring remote sellers who sell into the state to collect sales tax if they exceed the state’s economic nexus threshold. The decision materialized into new laws—every U.S. state that imposes a sales tax has passed “economic nexus” legislation—that require out-of-state businesses selling to customers in their states to collect and remit sales taxes on those sales once they have reached the certain sales or transaction thresholds.

Before Wayfair, businesses were required to collect and remit sales taxes only if they had a physical presence in a particular state. Physical presence could refer to an office or other property, or to an employee entering the state to sell or provide services. But in the wake of Wayfair, a physical presence is no longer required for a state to compel sales tax collection. Economic nexus is sufficient and triggered when a business from outside the state sells a product or taxable service into the state.

Economic nexus laws on remote sellers generally require out-of-state sellers to register, then collect and remit sales taxes when the sellers meet sales or transaction thresholds, which are set independently by each state. Many states have chosen $100,000 in sales or 200 transactions as the levels of activity that trigger economic nexus, but each state has its own thresholds, rules, and guidelines.

In addition to being cumbersome, complying with state nexus laws can be expensive, especially if the business sells into several states, as each state will have different nexus requirements. The sales tax nexus thresholds apply to annual activity, but sales tax filings are typically required on a monthly or quarterly basis, which can require the seller to add employees, make modifications to its accounting or resource planning systems, or engage an outside consultant or resource to keep up with all their sales tax compliance requirements.

Despite complexity and cost, businesses small as well as large clearly are obligated to determine what additional states they will have to file in. They will have to register with the revenue departments in those states, collect sales tax from their customers, then file returns and remit the taxes. As well, some states have begun to apply the economic nexus standards to corporate income taxes, which could require sellers into their states to file and pay income taxes.

Rules for trade show and convention sales also vary from state to state. Many developers attend Gen Con, Origins, PAX Unplugged and others to demo and sell their games. But sales are typically taxable if the seller is at the show selling for even a couple days. Trade show exhibitors generally need to collect sales tax as well as register in the state with a vendor license if they anticipate making sales at the trade show.

An overview of nexus laws relative to trade show sales in states with major board game conventions:

Displaying merchandise at a trade show in Indiana is sufficient to create nexus in the state. Transient retailers are also required to register and collect tax.

The state has a safe harbor for sales tax nexus related to trade shows if only attending the trade show as a consumer or participation by out-of-state sellers subject to certain limitations. The state offers a transient vendor’s license when sales are made from a trade show.

The state does not have any formal guidance on trade shows and sales tax. However, the policy of the Department of Revenue appears to be that exhibiting and selling at trade shows creates a sales tax collection and filing obligation.

If the purpose of attending a trade show in Texas is to introduce and sell a product to Texas customers, then the retailer could be required to collect and remit tax. If orders are taken in Texas, then an obligation likely exists based on current case law. Additionally, Texas regulations clearly state that anyone selling in the state must collect tax and have a sales tax permit.

Attendance at a trade show in California does not create nexus if limited to 15 days in a 12-month period and less than $100,000 in net income from trade show activities. If sales are made or orders taken, and later delivered to California, tax is due on the transactions. A temporary permit may be obtained for businesses that qualify under the trade show exception.

Board game manufacturers might find it difficult to generate sales tax data from their online systems. While developers can typically produce reports of sales by customer with shipping addresses, they might need to add software to their current selling platform or purchase an entirely new software solution to produce the detail needed to comply with the unique laws of the multiple states where they sell their games.

The HBK SALT Advisory Group can help. We have been assisting clients with their economic nexus considerations since South Dakota vs. Wayfair.

For more information or to schedule a meeting to discuss your sales and use tax obligations, contact HBK SALT at hbksalt@hbkcpa.com

Frank L. Balog, Jr. is a Principal in HBK's Hermitage, PA office and has been with the firm since 2009. He has extensive experience in taxation and business consulting and has specialized in transportation and construction. He can be reached at 724-981-7550 or by email at fbalog@hbkcpa.com.

Matt Dodge is a Senior Manager, State and Local Tax, HBK CPAs & Consultants. He has more than 20 years of experience in state and local tax (SALT) with a focus on sales and use tax. He has served clients in various industries, including construction, manufacturing, oil and gas, retail, service providers, and transportation. He can be reached by email at mdodge@hbkcpa.com.