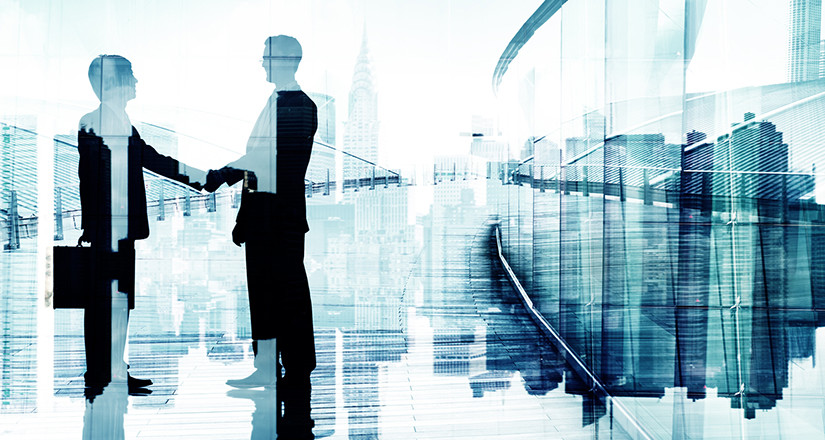 Youngstown, Ohio – The Executive Committee and Principal Group of HBK CPAs & Consultants is pleased to announce the promotion of several team members to Principal status. We want to take a moment to recognize their professionalism and service to our firm and clients. We thank them for their considerable contributions as mentors, advisors, specialists and entrepreneurs and congratulate them on their well-deserved promotions, which become effective September.

Todd joined HBK in 2012 with the Strategic Valuation merger, and has emerged within the Valuation Group unit to manage most of its projects, including serving as leader of its financial reporting initiatives. He holds multiple business valuation and appraisal certifications and earned his designation as Chartered Financial Analyst in 2007. Todd serves as President of the Mahoning Shenango Valley Estate Planning Council. He, wife Lisa and sons Brandon and Blake make their home in New Middletown, OH.

Prior to joining HBK in 2012, Amy worked for BerryDunn Accounting and Consulting in Maine. As a member of our Tax Advisory Group, she researches complicated tax issues, provides compliance reviews of tax returns and trust accountings, and analyzes high net worth individuals’ estate plans. She is a member of the Florida, Maine and Massachusetts State bar associations. She serves as a member of the Estate Planning Council of Naples, FL, where she lives with her husband Shaun and their 16-month old daughter, Aria.

Michael came to HBK in 2013 from Deloitte and then Urish Popeck where, subsequent to earning his B.S. and M.S. degrees from the University of Dayton, he worked with clients on domestic and international tax planning. He is a Certified Public Accountant in Florida and Georgia and holds a Series 65 Investment Advisor designation. Michael is a mentor with Take Stock in Children in Naples, FL, and serves on the committees of the Foundation for Lee County Public Schools and the Naples Children & Education Foundation. He helped launch the Greater Fort Myers Chamber of Commerce’s Leadership NEXT initiative.

Michele started her career in public accounting in 2003, working in audit and assurance at EY before joining the former Bartolomei and Pucciarelli, which became the HBK Lawrenceville office in November 2013. Since joining HBK, she has grown the New Jersey office’s audit practice and expanded the breadth of its services, working on its most challenging audit projects and serving as an in-house Audit & Assurance instructor. Michele and her husband Steve are raising their three-year-old daughter Hailey and 18-month old son Ethan.

Jeremy spent 13 years at Deloitte Tax and three and a half years at BNY Mellon before joining HBK in 2015. He has been named to Pittsburgh Magazine’s “40 Under 40” and served as the first male and youngest president of the Pittsburgh Affiliate of Susan G. Komen during its 20th Annual Pittsburgh Race for the Cure. He has also served for seven years as an adjunct professor in Tax at Duquesne University. He lives in Pittsburgh, PA with wife Colleen and daughters Ruth, Grace and Naomi.

Ken joined HBK in 1996. A member of our Dealership Industry and Employee Benefit Plan Audit Groups, he has served as engagement manager on large client audit and review projects over the years. Ken is a past president of the Kiwanis Club of Warren, OH, and serves on the boards of the Catholic Charities Regional Agency and the Trumbull County Bar Association Grievance Committee. Ken, his wife Leslie and their teen sons Zach and Ben live in Austintown, OH.

Nick came to HBK in 2004, and has been a relentless promoter of our firm and successful in growing our business. He provides tax and assurance services, specializing in the transportation, construction and manufacturing businesses. Nick is a member of AICPA and OSCPA. He is a member and past president of The Rotary Club of Warren, OH, a member of The Builders Association of Eastern OH and Western PA, a member of the Youngstown State University Penguin Club and a board member of the National Packard Museum. He also serves as treasurer for the Oakwood Cemetery Association, Access Health Mahoning Valley and Trumbull Country Club. Nick and his wife Shelley reside in Warren, OH, with their children Addy, Ian, Jane, Jackie and Paige.

Mike has been with HBK for three years. His focus is tax compliance and consulting as well as financial statement compilation and review engagements. Mike completed the Checkpoint Learning Health Care Reform Certificate Program sponsored by Thomson Reuters and he has been leading HBK’s Affordable Care Act compliance initiative since the fall of 2015. Before joining HBK, Mike spent eight years with Deloitte Tax in Cleveland, OH, where he consulted both private and public firms on compliance, estate and gift tax matters, trust taxation, and state and local taxes. Mike serves as mentor and tax instructor to young, aspiring HBK professionals and is involved in many charitable organizations in Hermitage. He and his wife Emily make their home in West Middlesex, PA, with their children Faith, Andrew and Ella.

About the Author(s)
Patty serves as HBK's Director of Communications and is responsible for all internal and external corporate communications for the firm. In addition to acting as a full-service Public Relations representative, Patty is responsible for the creation of original pieces that are distributed to employees and clients. Patty earned her Master's Certificate in Professional Writing and Editing and her Bachelors in Speech Communication from Youngstown State University.
Hill, Barth & King LLC has prepared this material for informational purposes only. Any tax advice contained in this communication (including any attachments) is not intended or written to be used, and cannot be used, for the purpose of (i) avoiding penalties under the Internal Revenue Code or under any state or local tax law or (ii) promoting, marketing or recommending to another party any transaction or matter addressed herein. Please do not hesitate to contact us if you have any questions regarding the matter.