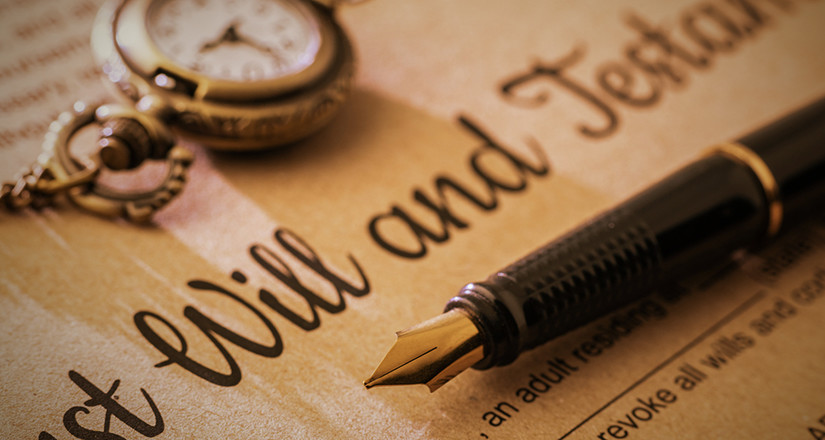 Maybe Tony Soprano was living dangerously but no one expected James Gandolfini to die at age 51, including Gandolfini. The popular actor who played the lead role on the long-running TV cable series “The Sopranos” left behind an estate valued at more than $70 million. But his will was so poorly planned that nearly half of it is likely to go to the IRS.

When the flame went out for the flamboyant Prince, the international pop star was 57 and clearly not past his prime, recording and touring and still acclaimed for his energy and intensity on stage. Ironically, he was an artist meticulous about the business of his music yet he left no will, and it will likely take a decade or longer to sort out the distribution of his enormous wealth.

Only a few of us have to be concerned about how to plan for reducing estate taxes. For 2016, the estate and gift tax exemption is $5.45 million per individual, up from $5.43 million in 2015. That means an individual can leave $5.45 million to heirs and pay no federal estate or gift tax. A married couple can shield $10.9 million from federal estate and gift taxes. More than half of U.S. states do not have an estate tax. So for most of us, the issue is how we want our assets distributed, how they will be managed and making certain we leave a meaningful legacy for our family.

No one wants to confront his or her own mortality. We don’t want to think about it, and that often translates into ignoring planning for it. But what will happen to a business where ownership is shared if one owner dies without a buy-sell agreement in place? Many times successful businesses fail without adequate succession planning. What about considerations for certain family members, like a child with long-term healthcare needs? Would it be appropriate to leave a lump sum of money or control of a business to a child who won’t handle it responsibly? And what if you became physically or mentally unable to make important decisions about your assets? So for the majority of us, estate planning is more about how our assets pass on to our beneficiaries and making certain our intensions are met rather than payment of taxes. Planning often boils down to identifying your goals and objectives and executing key documents such as a will, a durable power of attorney and advance medical directives, and occasionally, in particular for individuals with more substantial assets, one or several types of trusts.

HBK CPAs & Consultants and HBKS Wealth Advisors have collaborated on an Estate Planning Series that addresses key issues of the complete process, including details on the legalities of transferring wealth and assets to heirs, beneficiaries and successors for individuals and businesses.